What keyboard shortcuts should EVERY Oracle SQL Developer user know? How do you find new shortcuts to master, and how do you change them to match ones you’ve already learned in other tools? 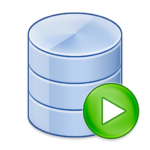